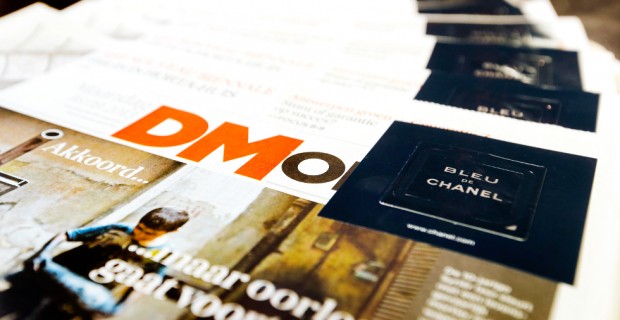 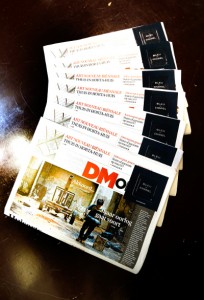 De Morgen newspaper, part of Persgroep Advertising, has yet received very positive results of the 2013 Cim study. Indeed, this year the paper has reached nearly 231,000 readers.

The digital version of De Morgen daily adds 44.1% readers to the printed newspaper audience, allowing the brand to reach 332,000 Internet users. De Morgen is known as one of the two newspapers Flemish people prefer.

On September 16, De Morgen is the first Belgium newspaper to be equipped with a MemoScent* in partnership with Chanel to present his Blue Chanel perfume to newspaper readers. The sample glued to De Morgen was distributed with the circulation of 75,000 copies.

Liesbeth Joos, Product Manager of De Persgroep Advertising: “Today, Chanel proves that luxury goods and newspapers mix. Why did they choose the daily De Morgen? It is a city newspaper with an interest in adopting a beautiful and original attitude.”

This trendsetter newspaper shows us that it is always open to develop new creative ways to promote brands.

* The MemoScent can distribute ultrathin samples of perfumes, cosmetics or through newspapers to potential users.